Volume 2 stands alone – you do not need to start with Volume 1 to enjoy this book, but be warned: once you read it you will probably want to read and own the entire series.

This book is delivered in three open and accessible formats: PDF, EPUB and MOBI (Kindle). Each file can be downloaded after your purchase and re-downloaded whenever you want. The ebook formats are offered under a CC-BY-NC-ND license, which means they are free to share with others for non-commercial purposes. Importantly all three files are free of any encumbrances such as Digital Rights Management (DRM) so you can fully own the books you buy.

In 2013, Andreas M. Antonopoulos started publicly speaking about bitcoin and quickly became one of the world’s most sought-after speakers in the industry. To date, he has delivered more than 75, TED-style talks in venues ranging from the Henry Ford Museum in the United States to packed-out Bitcoin Meetups around the world including Brazil, the Czech Republic, and New Zealand, and every talk is completely different.In these performances, Antonopoulos walks onto the stage and delivers a live, unscripted talk. Without a deck in sight, he unleashes his latest insights into the lightning-fast changes surrounding bitcoin. Combining the knowledge of one of the world’s leading blockchain technologists, with cultural context, comedy, and the flair of a performance artist, Antonopoulos conveys an up-to-the-second understanding of bitcoin to live audiences worldwide.Many of these talks were so visionary, their content so educational, that they were curated and refined into a book form.

On 7 September 2016, The Internet of Money Volume One was launched on The Joe Rogan Experience podcast (the interview has since been viewed more than 300,000 times). With its genesis in the lived, human experience, The Internet of Money offered something that was desperately needed: an explanation of the philosophy, economics, politics, poetics, and technologies of bitcoin and open blockchains set within a broad historical context and using clear, simple language that delighted general audiences and bitcoin enthusiasts alike.

During its first year, Volume One quickly became a hit in the global crypto-currency community-appealing to audiences from fields as diverse as the arts, sciences, and humanities. As one reader wrote: “It provides a uniquely accessible take on a mind-bendingly abstract system.”

The Internet of Money Volume Two: a collection of talks builds on that momentum and offers readers an opportunity to experience more these inspiring and thought-provoking talks in print. It also includes a bonus question and answer section, where Andreas answers some of the most frequently asked questions from audience members during his worldwide tour. Volume Two is a sequel that rivals, even exceeds, the first, in content, scope, and vision. These talks are intellectual fire-starters you won’t want to miss. Make this book part of your collection and see why Andreas M. Antonopoulos is considered the most powerful and engaging voice in crypto-currency and blockchain. 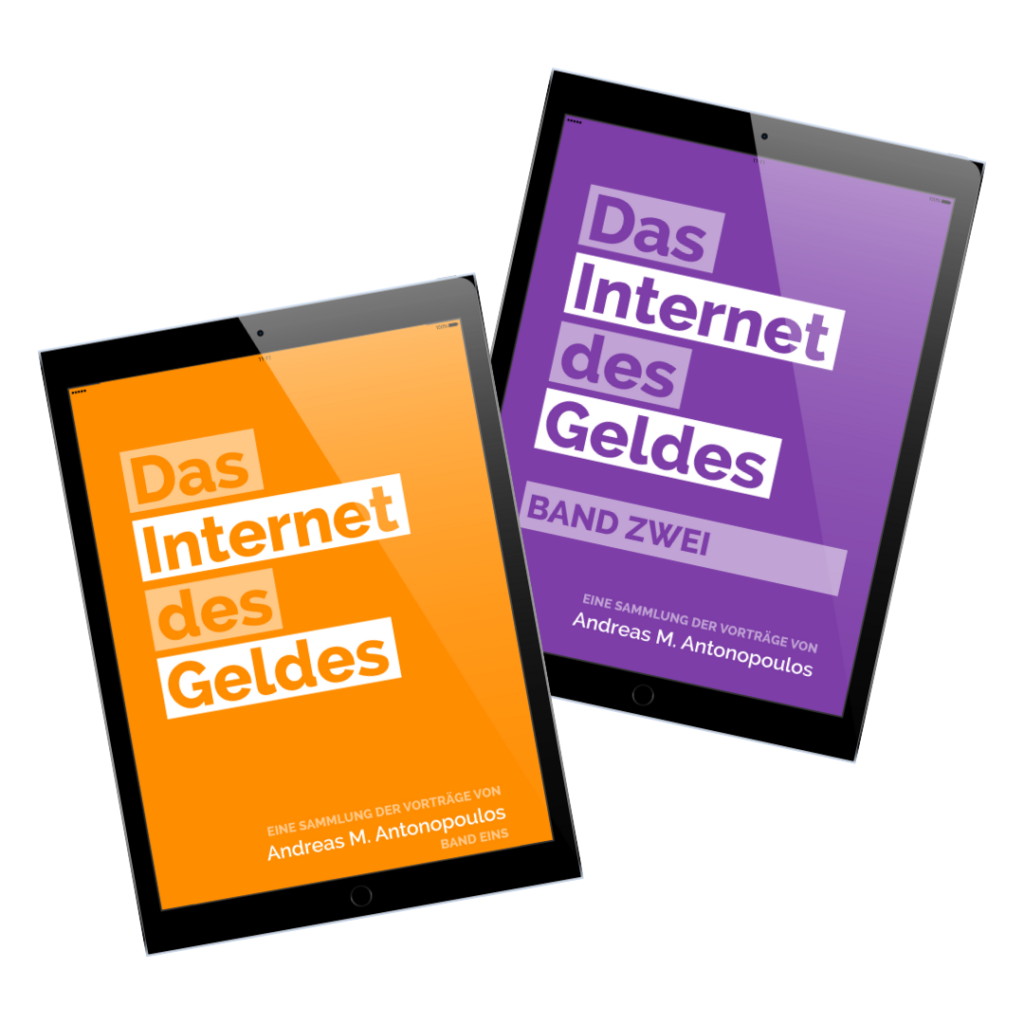